A short summary of over 40 years

Glasgow’s Grand Ole Opry was founded by the late Alex Fleming, opening its doors as a Country & Western club in 1974. It was the largest club of its kind in the UK, if not in Europe. 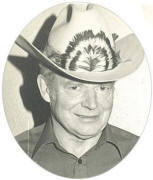 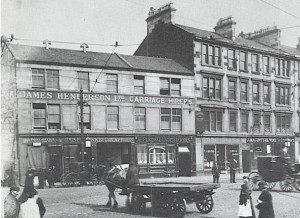 The building was formerly the site of a Post Office, Carriage-Hirers and Funeral Undertakers in the 1900s. The retaining walls of a former mortuary, situated below ground level, still remain today and is now used by the club staff as a storeroom.

In 1921 the building was converted into the Imperial Picture Hall by William Beresford Inglis, designer and owner of the former Beresford Hotel in Glasgow’s Sauchiehall Street. The Imperial had one screen and could seat 1100 people. It closed in 1959 and later became an Irish dancing club. 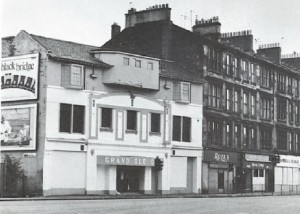 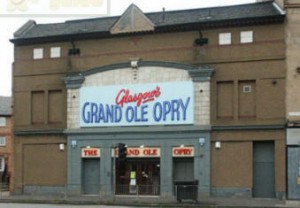 The structural layout inside the club is largely unchanged from its Cinema days. A mezzanine level which would have been an upper circle still remains and now provides overspill seating for visitors on busy evenings. The area which housed the cinema projectors is still visible above the bar.

The Grand Ole Opry thrived as a Country and Western club and became one of Glasgow’s most popular venues. Small wonder when it cost very little to get in, the drinks were the cheapest in a 10-mile radius and the people as pleasant as you could meet anywhere. All still as much true today as it was in the early days. 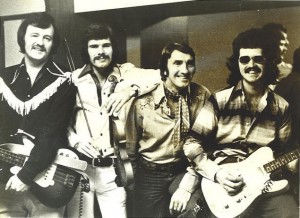 Above: Trampas – a promotional photo of the former line-up

The club was a large organisation with around 2000 members and a regular attendance in the hundreds. A programme of live bands entertained the club-goers every weekend on Fridays, Saturdays and Sundays! The atmosphere was very special with almost everyone dressed in authentic Western attire. Bands came from all over the UK, and also included top country artists from Ireland and the USA such as Jean Shepherd, Heather Myles and more recently, Hal Ketchum, to name just a few.

In the 80’s the club became home to the Glasgow Gunslingers, where on Tuesday nights the air smelled of black powder and leather. With guns blazin’ they would fire blanks at balloons in a race against the clock to see who was the fastest draw in the West of Scotland! Aged from 14 to 65, the Gunslingers numbered more than a hundred guns, and in summer they would head out into the country where they would run fast-draw events. Along with these fund-raising events and annual dances the Glasgow Gunslingers raised thousands of pounds for charity.
Below: “West is best” say cowboys. The Glasgow Gunslingers 1989.
L-R: The Traveller, Curly Bill, The Bounty Hunter, Country Joe, Cheyenne 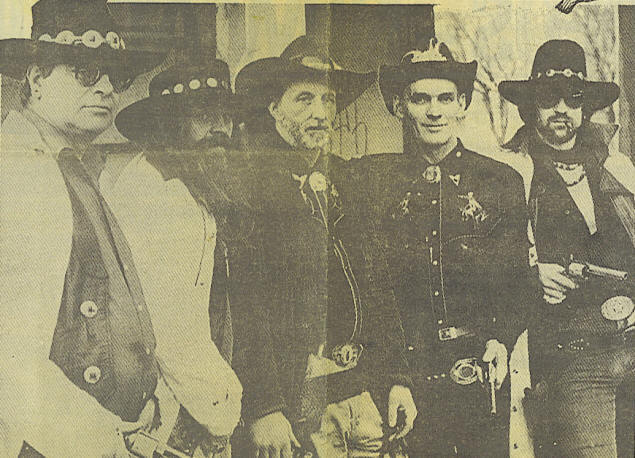 The club has been seen on film and television on several occasions, including an episode of the popular Taggart series in 1994 and a short film in 2007, “Bon Voyage”, which featured many of the club regulars and members of Cimarron, a local Country and Western band.
Below: Stills from the film “Bon Voyage” produced by Stray Cat motion pictures

Below: A still from an episode of the Taggart crime series in 1994. 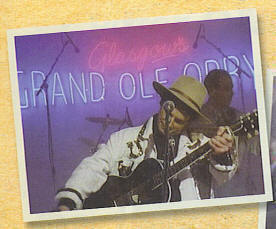 The Opry has also gained a reputation for being a credible venue for gigs and festivals and has been host to Lloyd Cole, Franz Ferdinand, Celtic Connections and the Americana Festival of Music, among others. 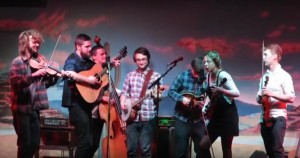 Nowadays the Grand Ole Opry caters for more modest numbers but still enjoys a regular attendance on Fridays and Saturdays, the occasional Sunday special, plus regular Charity events. The club has a seating capacity of 450 over 3 levels, 2 dance floors, a Saloon Bar and a Chuck Wagon eatery for the hungry. It is also available for private functions Sunday to Thursday.

Founder member Alex Fleming was in no doubt about its appeal. “People come to have a good time. There are no hassles about dress code, and you can listen, sing and dance to country music. What more can you ask?” What more indeed….

And the women’s view on the country scene? Well, as Southern Star alias Mrs Sandra Anderson of Clarkston sums up – “It’s the most easy-going company you will get anywhere” she says. “It’s for whole families or for singles. But the main thing is it’s for happy nights, and there’s never any trouble. I just wouldn’t be without my country nights. Why don’t you try it sometime?”

The club has not lost any of it’s appeal from the early days. Sadly, many of the people mentioned on this web site are no longer with us.
But the fact that the club is still going strong, is still regularly attended by many of the original members from the days when the club first opened, and is gaining new members all the time, young and old, is indeed a lasting tribute to all of our founder members and absent friends.

Live Music Every Friday and Saturday